Just over a week since we arrived back from England, and what a week it’s been.

The weather is glorious, so the grass and the hedges are growing apace – we’ve spent a day starting the first major grass-cutting of the year.

The Club des Aines had its assembly (AGM) last week; which is a full day out starting with the meeting and elections, then lunch at a restaurant for all members, which went on till almost 5 o’clock. Add to that I was pressurised into joining the bureau (committee), so had to return the following morning for the first meeting for election of officers, and planning for a day’s activities in May and a day out to St. Malo in June.

Saturday  we had a delivery of wood for the fire (ordered over a month ago), so began work sorting and stacking that. Then the evening was the “Premier Samedi-Gras” in Surtainville, where we went for a dinner dance/ fancy dress ball. We feasted on chou-croute and danced into the early hours, followed by a night-cap with friends. (I thought it was mardi-gras before lent, though I suppose there is some justification for not counting Saturday evening into Sunday as part of the season of abstinence!!)

Sunday was the open-day to start Jacqueline’s exhibition at Flamanville (see the preceding post), so after a lie-in and some work in our own garden, we were away there.

Monday/Tuesday making the most of the weather stacking wood, pruning and cutting bushes, cutting grass.

And the enquiries for holidays beginning to come in; and beginning to prepare work for an english experience for French schoolchildren (including today booking Fish and ships (chips, I think) in St. Helier for a one-day visit there. 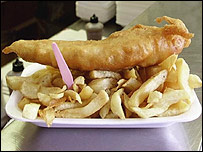 Looks like it’s going to be a busy summer. And the best is, we’ve been told that as it’s been such a hard winter, we are to expect a glorious summer!

We mentioned last year the exhibition by three local artists at Pierreville. One of these, Jacqueline Klocke, now has her own exhibition at Flamanville.

Her medium is for the most part water colour, and her subject has been for the main landscapes. She has added figures of family and friends, as in “the Chasse at Surtainville”,

and with “Open day at Pierreville Manoir”.

She is also experimenting with still life and flowers,

and with paintings commissioned from where she has holidayed, as in “St Marco for Claude”

We have some of her paintings on our walls; Marjory prefers the floral studies, I much prefer the landscapes. An artist well worth keeping an eye on, and a person we are proud to count as a friend.